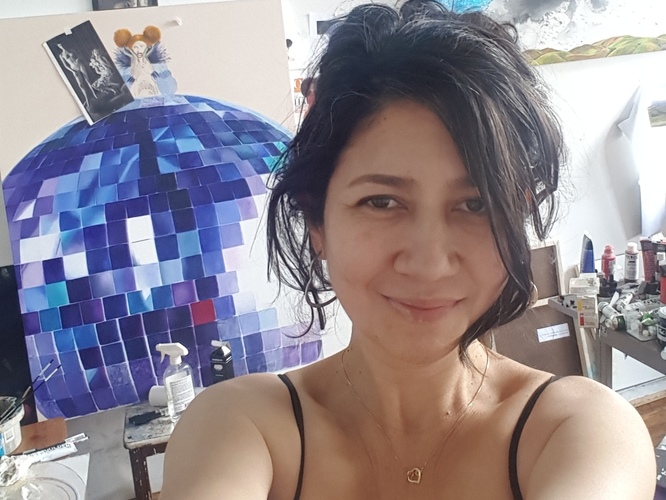 Sandra Mack-Valencia grew up in Colombia, where under the smell of oil paint, turpentine and linseed oil in her father’s studio, she developed a passion for the arts, in particular for painting and drawing. After receiving her BFA from the Universidad de Antioquia, she moved to New York and finished her MFA at Hunter College. Sandra’s work has been exhibited in museums, galleries and institutions in Colombia, New York, Japan, and Italy. She is a recipient of the Nathalie Angles Award, and the Sommerville Arts Prize.  Her work was selected as part of the (S) Files Biennial at El Museo del Barrio in New York. She was chosen as one of the Outstanding Antioqueños in the World, and her art practice was featured in a documentary that aired in her native city.